Tips on making your compendium as successful as possible through social media marketing.

The success of your compendium rests on how well you market it. The number and quality of your posts will drive sales!

Ideally, you will want to announce with a trailer and/or on stream.

You should plan on posting regular updates to social media. This includes:

Players that are listed as goals for the compendium should be reaching out to their fan base on social media to drive interest.

Your social media posts should include images, a call to action, and a link to the compendium.

Over the last few weeks of your compendium, as it comes to a close, you should be posting daily to social media to help drive as many sales as possible.

We've found that posts or tweets focusing on the goals and their status are the most successful. Here are some good examples: 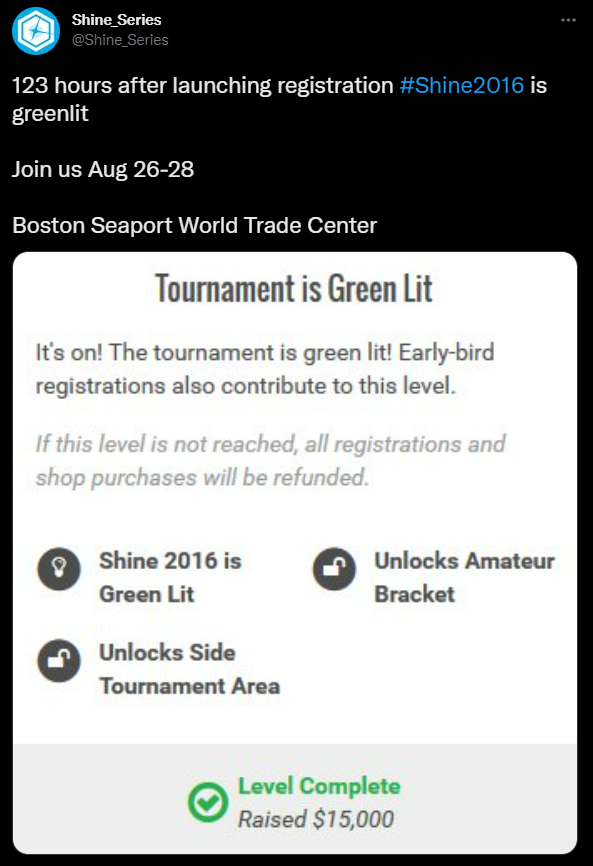 Announcements that are more important or have more details can be done on Reddit. Genesis has done a great job of using Reddit to increase visibility: 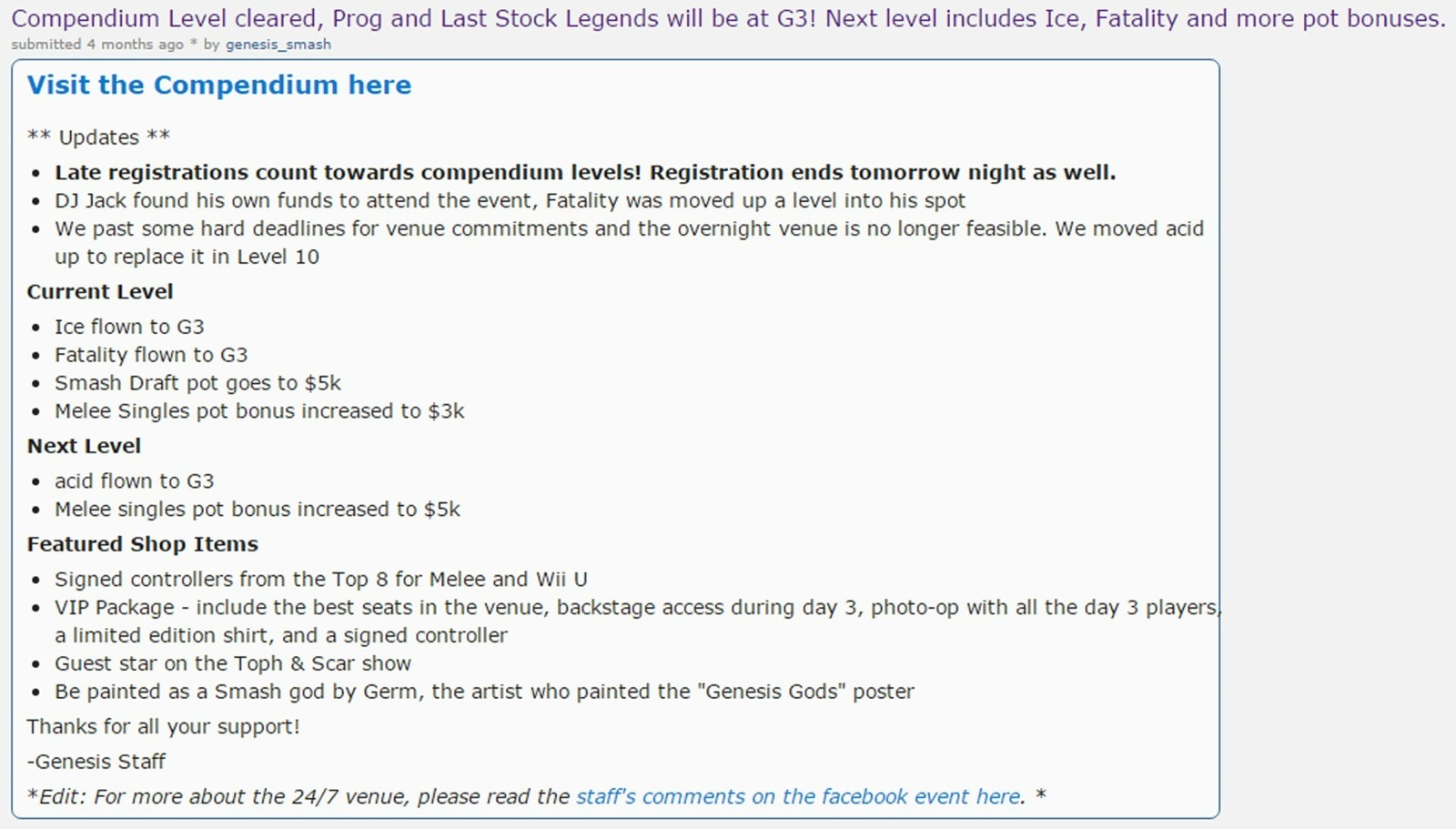 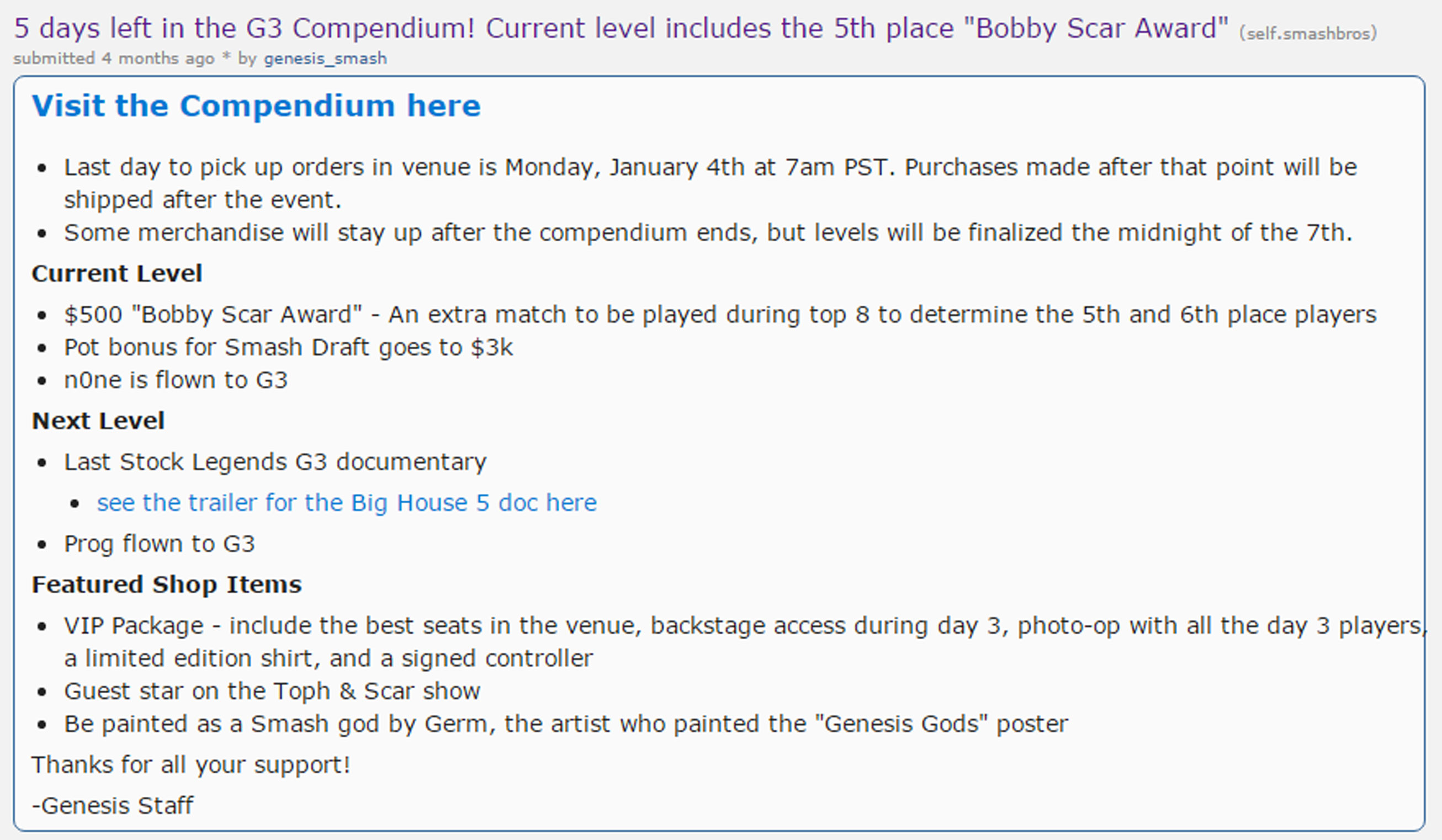